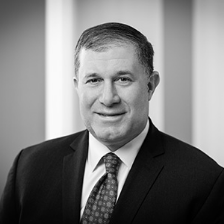 Richard Flohr is a Managing Director and Portfolio Manager of the CrossHarbor Strategic Debt Fund. In this role he oversees operations of the Fund and serves as a member of the Fund’s Investment Committee. Prior to joining CrossHarbor, Richard was a Managing Director with the Prudential Mortgage Capital Company where he worked for 28 years. While at Prudential, Richard served as a member of PMCC’s Senior Management Group and as head of the company’s Capital Markets and CMBS programs. In this role, he was responsible for the sale of $2.9 billion of first mortgage CMBS loans across 29 securitizations. He joined Prudential in 1990 and worked in a broad range of roles on the equity, development and debt side of Prudential’s real estate business. Prior to serving as head of Capital Markets at Prudential, Richard was responsible for loan originations for national accounts throughout the central region of the United States. During his tenure, Richard originated $12 billion-plus in loans on all property types. Earlier, he worked in the Capital Markets unit of the Prudential Realty Group and served as Asset/Portfolio Manager for Prudential Realty Trust, a publicly-traded real estate investment trust that was liquidated in 1995. His career includes positions at New York City-based real estate firms RGR Properties and Madison-Newmark Real Estate.

Richard received a Bachelor of Arts degree in Natural Science from the College of Arts and Sciences and a Bachelor of Science degree in Economics from the Wharton School of the University of Pennsylvania. Richard holds the Chartered Financial Analyst® designation